Tuak is a traditional alcoholic drink made from fermentation of nira, rice, and fruit that contain sugar. The difference between tuak and Cap Tikus is the production process. The production of tuak is usually not through a distillation process. 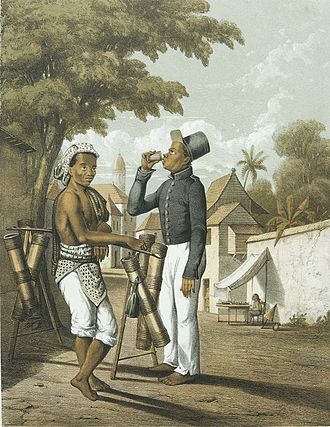 This drink can be found at a number of tuak-selling shops called Lapo Tuak. The alcohol content in tuak varies depending on the region of manufacture. In a traditional Batak celebration party, tuak is also often served to entertain guests. Tuak is consumed by the Batak community because it has the power to warm the body.

In addition, it turns out that there are unique benefits of tuak when consumed. But of course it must be in a degree that is not excessive, because anything that is excessive is not good.

Then tuak is also useful as a stress reliever drug, so it’s no wonder that North Sumatra people often come to the tuak shop when they are under stress. At the tuak shop they can enjoy this drink while telling stories with friends to singing and playing music.

Furthermore, tuak is also believed to reduce fever but always remember in moderation. The content in tuak can help boost the immune system and accelerate metabolism so that it helps reduce fever. So, apart from being a traditional drink, it turns out that there are benefits of consuming tuak.