Tongseng is a dish made from mutton that has been cut into cubes or wide squares. The seasonings for tongseng include garlic, shallot, pepper, tomato and other spices. Tongseng is cooked by sauteing and adding some soy sauce in it so that the taste of the mutton tastes even more delicious and delicious. Generally, tongseng does not contain coconut milk. 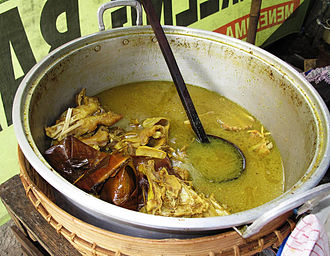 Tengkleng is a dish made from mutton with coconut milk and spices similar to gule. Usually, the goat meat used is still attached to the bones. The parts of the goat’s body that are mostly used for tengkleng are the ribs and spine.

Generally, gule made from goat innards such as tripe, intestines, lungs and so on. The seasoning used for gule is similar to tengkleng seasoning. Compared to tongseng and tengkleng, the taste of gule is more savory and thick because of the large amount of coconut milk. Gule is mostly yellow because it contains turmeric, hazelnut and the like.

Those are some of the differences between tongseng, tengkleng and gule that you should know. So, which traditional food from Indonesia do you like the most? Hopefully this article can help you to enjoy more delicious culinary delights from Indonesia.